Upon completing her doctoral degree at the University of Edinburgh  which explored the role of singing on second language learning,  Karen began a postdoctoral position with the AIRS project at UPEI having the primary responsibility of developing the functionality of the AIRS digital library. She also assisted with the finalization of the prospectus for the AIRS three volume book series, and subsequently took on co-editorship of Volume 2, Education. Karen also shared responsibility for the UPEI Multicultural choir and song circle. A co-authored book chapter on digital libraries for singing was published in the Oxford Handbook of Singing (Welch et al., Eds., 2019), as was a chapter on multicultural choirs for the Routledge Companion.   Dr. Ludke is currently  Senior Lecturer in English Language,  with main teaching interests are first and second language learning and bilingualism, and psycholinguistics and her research and publications focus on the inclusion of the arts to support language learning, particularly through musical activities and singing. My published work describes experimental studies designed to teach words and phrases in a new language, including through the comparison of three ‘listen-and-repeat’ learning conditions: speaking, rhythmic speaking and singing. 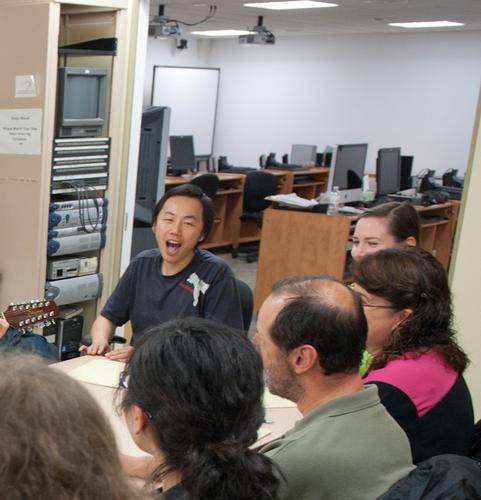 Dr. Bing-Yi Pan joined AIRS in February 2011  participated in all three of the Research Streams, in particular the AIRS Test Battery (1.3), the Analysis of the voice study (2.2.), and Intercultural understanding (3.1).  His doctoral background is in physics from the Chinese Academy of Sciences,  but he has also an education degree in music. He is currently in his second year of teaching in the Scholar-in-Residence position in Creative Arts Therapies Department at Concordia University, in Montreal.

Publications associated with the AIRS research

Pan, B. Y. (2011). “A preliminary view of some foundational and contemporary research on singing in China: Introducing translations of two contrasting works,” Psychomusicology: Music, Mind & Brain, 21, 208-211.

Pan, B. Y., Liu, D., and Cohen, A. J. (May 16, 2012)” A system for developing a series of interactive tests of vocal production requiring on-line audiovisual recording,” the 163rd meeting of the ASA (Acoustical Society of America); Hong Kong, China.

Pan, B. Y., Stevenson, L., and Cohen, A. J. (July 11, 2011) “Does accuracy of singing the major triad predict accuracy of contour production in an unfamiliar song: A cross-cultural study based on the AIRS test battery of singing skills?” 3rd Annual Meeting of AIRS (Advanced Interdisciplinary Research of Singing); St. John’s, Newfoundland & Labrador, Canada.

Stevenson, L., Pan, B. Y., and Cohen, A. J. (August 11, 2011) “Sing a new song: Effects of native language (Chinese versus English) on learning an unfamiliar tonal melody with lyrics (Chinese versus English),” the 2011 biennial meeting of the Society for Music Perception and Cognition (SMPC); Rochester, New York, United States. 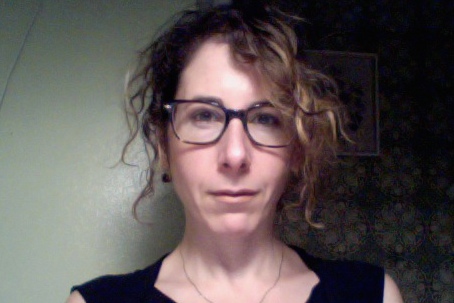 Dr. Lefford worked on developing the functional prototype of the digital library for the AIRS project from Feb 2012, until September, 2012, while also supporting students working int he laboratory on projects related to singing.  She acted as the bridge linking technology (development) and AIRS research— by assessing researchers’ needs, analyzing use case, implementing design strategies, collaborating with researchers, developers and library scientists and participating in the implementation of prototypes.  She had received her Ph. D. from the Media Lab at MIT.  She is a co-author on a conference proceedings paper "A digital library to advance interdisciplinary research in singing" DOI: 10.1121/1.4806629. I have worked closely with Ross Dwyer and many students, teaching them new web skills, teaching them how to use the intranet and developing solutions for various web-related problems they encountered.

She organized three workshops. The first was on the Resilience of Song, working with Godfrey Baldacchino to frame the questions for the workshop, identify deliverables and set the agenda. She reached out to various participants and facilitated their involvement; prepared materials for the workshop itself; and collected workshop presentations and video materials from the workshop which are now archived in DL.  With Mike Forrester, she organized a data sharing at the 4th Annual Meeting. Preparations started with several lengthy online exchanges to identify key issues surrounding data sharing and summarize the main positions. I reached out to various participants, supplied them with background information and prepared materials for the workshop. The workshop provided a valuable forum for AIRS researchers. It raised awareness about data sharing and brought to light several benefits and obstacles that must be address. She also organized the Digital Library workshop at the 4th annual meeting. The workshop was comprised of an in-depth demo and also discussions. It proved an important conversation for AIRS. Many opportunities were identified; concerns were aired and in some cases addressed on the spot; and needs of both researchers and the DL were identified.

Dr. Lefford is currently an Associate Professor at Luleå University of Technology,  in Sweden